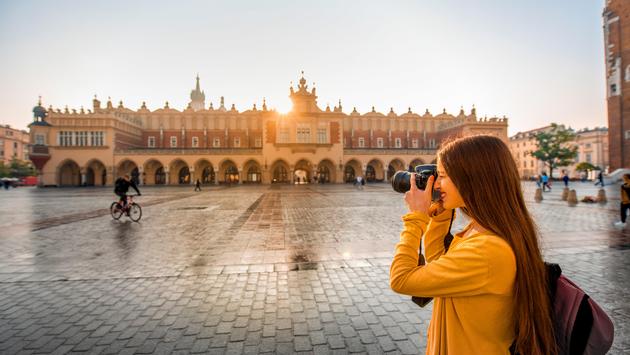 One of the busiest travel periods of the year is directly around the bend. As the holiday season draws near, new research from the Travel Channel uncovers knowledge into the touring plans and preferences of Americans above all, what number of them are intending to take a end-of-year vacation.

Plainly, U.S. travelers have been sparing vacation days. The Travel Channel study found that 67% of Americans intend to utilize excursion days and additionally paid downtime to take off this holiday season. About a fourth of these explorers (24 percent) are intending to go for longer than six days.

Forty-two percent of respondents said that they are going to the places where they grew up to see loved ones, while 48% showed that they are traveling somewhere else.

Prepare for occupied roadways during Thanksgiving and winter breaks. By far most of explorers (72 percent) said that they will drive to their destinations. Forty-four percent are intending to go via air.

The special seasons don’t come modest. The Travel Channel research indicated that almost 33% (28 percent) are wanting to spend in abundance of $500 on the trip.

Many (27 percent) are going with family while one out of 10 voyagers are going to a get-away goal with a noteworthy other or friends.

For families going in groups, she exhorts keeping choices open:

“When traveling with a large group or multiple generations, not everyone will be interested in the same activities. Be sure to allow for some time to divide and conquer, giving everyone the space for their must-see activities,” she said.

“If traveling with a teenager, make them a stakeholder in the trip by having them pick activities they’ll enjoy, too,” she said.

Streamlining your gear is a decent method to make going with little kids a breeze.

“If traveling with a young child, downsize your bulky stroller for a simple umbrella stroller to travel it’s easier to carry, tote and pack,” said Clark.

“Pack by outfits, especially for younger kids,” she added. “Try coordinating pants, shirts, underwear and socks in a stack together with PJs. Repeat for the number of days in the trip and add extras like jackets, as needed.”