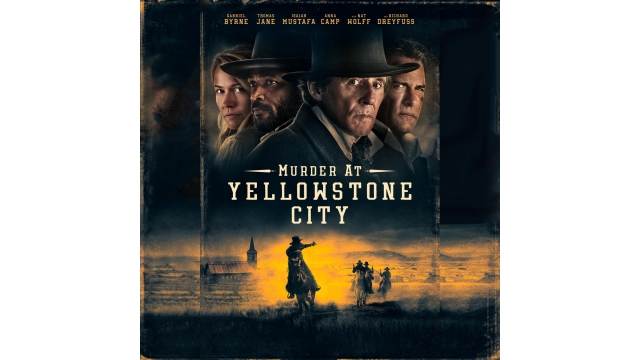 SYNOPSIS: The once peaceful and booming Yellowstone City has fallen on hard times, but when a local prospector strikes gold, things seem to be turning around. Any hope is soon shattered when the prospector is found dead and the Sheriff quickly arrests a mysterious newcomer. But nothing is so simple in this sleepy western town, and more than a few of the locals have secrets to keep and reasons to kill. As the brutal murders continue, pitting neighbor against neighbor, Yellowstone City goes down a bloody path to a final showdown that not all will survive.

To learn more about the story, visit https://newsblaze.com/entertainment/movie-previews/murder-at-yellowstone-city_185300/

“I was so excited reading the screenplay. Eric did such a fabulous job. Murder mystery westerns are very rare. That was super cool and original, but there is still such a classic western here and that’s what really impressed me. At its heart we’re dealing with fascinating characters, with major decisions to make. We’re dealing with social injustice, and what folks are prepared to do in seeking the truth. What are they prepared to do for true justice? They risk their lives, they lose their lives. The heroes ultimately aren’t prepared to stay silent, and that’s what makes this film tick. There are themes, moments and truths that are incredibly relevant, then and now,” said Director Richard Gray.

To find the perfect location, Richard Gray scouted almost every western town and back lot in North America, looking for a site to film this movie. Unable to find exactly what he was looking for, he decided to build Yellowstone City from scratch in Montana. The fact that this process took more than two years meant they were able to think through every scene, every beat, the weather, and the the look of each season.

Building the town from the ground up in Paradise Valley, known as Yellowstone City in the 1850s, was hard work but made the film realistic.

Press contacts for publicity text and images or more information: